“Earlier today former U.S. Senate candidate Terrence Wall alleged that
ballot tampering occurred at the state GOP convention. While these allegations
are troubling, we are focused on meeting people to talk about jobs, the economy
and cleaning up the oil spill. However, if these charges have merit we will stop
at nothing to eliminate fraud and abuse in the Wisconsin State Republican
Party.”

It seems to me that the situation stands there already. Reince and his cohorts started at Nothing and stopped. Priebus has had a tough couple of years; first doing damage control for Michael Steele and now acting as ringmaster at the Rojo Circus.
Posted by grumps at 1:14 PM No comments:

The Picking Of Nits Shall Commence

The headline in today WSJ called T Wall's accusations that RoJo and his campaign bought the GOP endorsement, "Unfounded."

Wall accused Johnson of buying votes at the Republican convention in May. He
also accused the Republican Party of stealing votes from him and delaying the
vote for senator by a day, to give Johnson an advantage.

"A handful of people came in and spread money around, from the guy who called me after the convention and said his hotel room was paid for by Johnson's people ... to the guy who ... admitted to taking votes from me and putting them in his pocket," Wall said, during the interview. "I've got over a hundred stories like that."

I think the headline writer meant, "Unconfirmed." After all the internal GOP investigation into Johnson's actions hasn't even commenced yet. I'm sure the CRG goofballs will be filing an ORR for the payment book at the convention hotel soon.
Posted by grumps at 10:58 AM No comments:

Remember When All Those Conservative Bloggers Were Saying Fred Thompson Was The Future Of The Republican Party?

"I had an insurmountable object to overcome in that presidential bid
and that was the wisdom and the inherent good judgment of the American people," Thompson told John Stewart Thursday on
Comedy Central's "The Daily Show."

Posted by grumps at 2:50 PM No comments:

What Do You Get When You Cross A Polling Organization With Ideology?

An invitation to the cruise.

Pollster Larry Rasmussen to be a featured speaker on National Review cruise
along with Karl Rove and Phyllis Schlafly. Prices start at $2500

Posted by grumps at 9:45 PM No comments:

Citizen Video of the fire caused by a lightning strike.

Posted by grumps at 8:42 AM No comments:

and there's nothing in any of them. They're just as empty as his record.
Posted by grumps at 8:55 PM No comments: 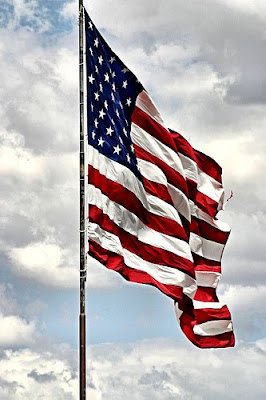 At the reception on Friday.

The Four Stages of Pist

Stage 2- What the Hell? Can they do that?

Stage 3- Those bastards will not get away with this!

Stage 4- It's time to ram something up something.
Posted by grumps at 7:33 AM No comments:

Who did you choose to remember on Memorial Day?

Memorial Day was originally called Decoration Day and was celebrated to remember the sacrifices of the Union soldiers who gave their lives during the Civil war. After WWI it was expanded to honor all of the soldiers who made the ultimate sacrifice for their country. It has expanded further over the years into a day of remembrance of lost family as well.

Many politicians use Memorial Day as a day to issue a press release. Rep Roger Roth adopted a somber yet thankful tone.

“As Americans, we benefit from a distinctive brand of freedom which
makes us the envy of the world, fully absent the authoritarianism and oppression
that has so often plagued the rest of the globe.

Like anything worthwhile, the freedom we enjoy had to be earned; and it
has only been made possible by the brave men and women who have given their
lives on the battlefields of Lexington and Concord to Iraq and Afghanistan so
that we can all continue to live free and prosper.

But what unites all Americans, however they choose to spend Memorial Day, is
a solemn reverence for the sacrifices our country's brave men and women, and
their families have endured. Let's take a moment to give thought to the families
and the friends of the fallen. We cannot measure the depth of their loss, nor
comprehend the true measure of their sorrow.

Rep Kagen's presser was a little heavy on "I" strain for my taste but he still showed a basic empathy for the nature of the day.

This Memorial Day, we will come together again to join in celebrating the
lives of those who have given their full measure in the defense of our nation
and our way of life. As one nation under God, we believe in keeping the memories
of our fallen soldiers alive, especially during annual Memorial Day
celebrations.

Tom Barrett's statement emphasized that the sacrifices continue, that Memorial Day should not be a once in the year event.

We can honor them by never forgetting their sacrifice, and by paying tribute
to the 430,000 veterans in Wisconsin – including 30,000 courageous Wisconsinites who have served in operations in Iraq and Afghanistan.

But one candidate for Governor chose to make his press release on the day after Memorial Day to show us where his head was on the day of remembrance. Rather than keep quiet and honor the dead or speak up and offer a tribute to them Scott Walker chose to celebrate something else entirely.

Over 75 volunteers visited 40 parades across Wisconsin on Monday. The
volunteers delivered over 40,000 Scott Walker brown bags with the phrase “I have to brown bag it to pay Wisconsin’s taxes",

So it was more important to Walker that his followers had handed out 40,000 recycled paper bags with his recycled message than it was for him to take one day away from campaigning and just be a grateful American. No message of gratitude or remembrance, no honor or grace; just the same-old, same-old tin-ear, graceless Walker puffing out a quick, "Look at me!" on a day set aside to celebrate others.

But, lest you think he is only capable of a lack of grace, Walker also manages to offer up one of his patented twists of fact in the same release.

On the previous weekend, Scott Walker received the endorsement of thousands
of grassroots supporters at the GOP state convention with 91.3% of the vote.

The high estimate of attendance at the WisGOP was 13-1500 and the bulk of those attendees were, as is usual at every political convention, party insiders and hangers-on. How Walker manages to make that out to be "thousands of grassroots supporters" is a mystery.

Scott Walker just can't see how others see him.
Posted by grumps at 5:02 PM 3 comments: