There Is No After Hours In Politics 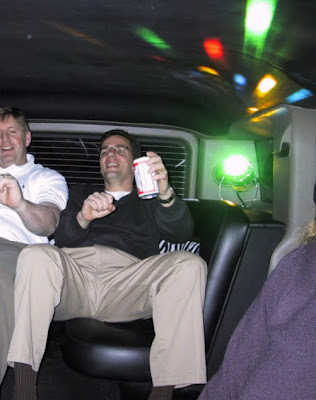 Feingold runs on the issues while RoJo runs from them. Even Westlake isn't ready to follow Johnson and Ryan down the Crazy Trail

WBAY Friday
Posted by grumps at 12:40 PM No comments:

NY Congressman Anthony Weiner attacks the cowardly Republicans who hid behind a mantle of Procedure to vote against providing health-care benefits to responders at Ground Zero.
Posted by grumps at 5:26 AM No comments:

The headlines that almost were.

"Jim Doyle not personally responsible for all the troubles in the country."

Two-thirds of the states already forecast another round of double-digit budget
gaps in FY 2012. The deficit tally so far is $72.1 billion. Eighteen states
expect the gap to be at least 10% of their general fund.

"However, I want to make it clear that I will not be divesting my one
share in the Packers," Feingold said. "Not because it's the only stock I own, or
because market conditions predict a Super Bowl, but because I am a committed
Packer fan whether they are up or down."

Johnson had suggested
he would sell the stock and use the money for his Senate run. But this week he
balked. "I think that will eventually happen, but I'm going to do it based on
market conditions," Johnson told
reporters. "I'm going to have to finance this campaign. ...

"High-speed rail is coming to Wisconsin," LaHood said. "There's no stopping
it."

Just another obstructionist day on the campaign trail for Neumann, RoJo and Walker; wandering around in a land where ethics depend on market conditions, where public transportation is bad and where you can cherry-pick the blame.
Posted by grumps at 6:41 AM No comments:

Headlines of the Damned (With apologies to IT) 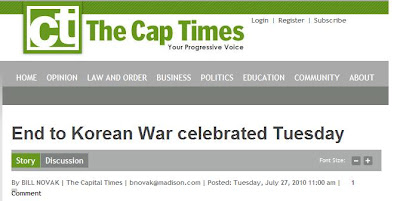 I'm glad they finally got around to it.
Posted by grumps at 7:33 AM No comments:

Another Brilliant Idea From Scott "The Thinkifier" Walker 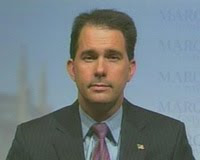 Remember Scott Walker's idea to not fill jobs that were already not being filled and then claiming the money that nobody is spending as "savings?" Well, he's been thinking again.

Now he claims that the state can save money they're not spending by not spending the money nobody is asking for.

Walker explained that currently the federal government’s free phone program
allows low-income individuals to apply for discounted phones and $15 a month
phone use, but the State of Wisconsin goes further than other states by
supplementing the additional costs of the phones. With this additional
money, taxpayers foot the bill for approximately $10 a month per person in
additional charges. Eliminating this program saves an immediate $1.4
million per year for the taxpayers and averts spending as much as $5.4
million. Under Walker’s proposal, low-income Wisconsin residents can still
apply for the discounted phones, but the state will no longer provide the
additional funding to make them completely free.

It all sounds good until you realize that the extra $4 million isn't being spent at all and there is no reason to expect it to ever be spent. He's just throwing around numbers and hoping that someone believes in them.

And why was the state in the business of providing phone subsidies to low-income households in the first place? Where is this cut being made?

“For the over 547,000 households that qualify for Lifeline services in
Wisconsin, SafeLink provides a modern necessity that could help them secure
employment, communicate with their child-care provider, reach hospitals, fire
departments, or police in the event of an emergency and they would receive that
help at absolutely no cost"

So Walker--he of the jobifying pronouncements--wants to take away the ability for employers to reach the very people who need the phones to communicate with them.

So let's see, first he inflates the problem, then he misstates the problem and then he rushes in to "solve" the problem. Surely, those low-income households depending on the Lifeline Program deserve to have the phones yanked from their hands. Surely they've been lounging on the phone instead of being out finding jobs.

The SafeLink program is limited to an hour a month of airtime for access to job hunting and emergency services. Walker doesn't understand that the program fills a vital need for constituents in his county. He just sees them as people who will never cut him a check.

RoJo's Campaign Off To A Stammering Start

RoJo said, "Great Lakes," but meant something else than the rest of us mean by that.

RoJo said Feingold voted against drilling in the Great Lakes but PolitiFact finds that message to be "Barely True," in that Johnson was correct that there are in fact lakes known collectively as The Great Lakes.

When asked about drilling for oil specifically in the Great Lakes, Johnson said, "the U.S. should get the oil where it is," even if that includes the Great Lakes.

The truthiness seems to elude Johnson. Perhaps he should refudiate his words.

Meanwhile, Dave Westlake is plugging away.
Posted by grumps at 4:24 PM No comments:

Every cable or satellite network has their own version of the channel crawl, a revolving list of whatever is playing now and next. And, they all use it to advise viewers of line-up changes for some period of time.

There's a note on the Direct TV channel guide now that gives me hope. In a spot that once broadcast repeats of unscripted dreck we now see the message:

Fox Reality is no longer available.

Would that it may ever be so.
Posted by grumps at 7:17 AM No comments:

Why I Have A Great Job 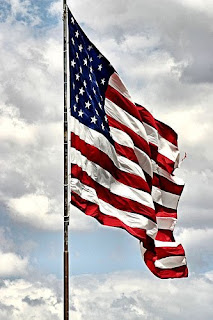 The phone rang at 7:50 this morning. "Is it too late to have my pony in your parade?"

Nobody else gets those calls.

Have a safe and wonderful 4th of July everyone. Fly your flags high.
Posted by grumps at 8:10 AM No comments: